The top Republican on the House Ethics Committee spent more than $1,300 in campaign funds at a five-star hotel in London, according to Federal Election Commission records examined by CQ Roll Call.


From 2018-2019, Texas Rep. Kenny Marchant’s campaign committee — Kenny Marchant for Congress — expended funds at The Royal Horseguards Hotel, a luxury hotel overlooking the River Thames positioned within walking distance to Big Ben and the Houses of Parliament. The hotel offers “Victorian grandeur combined with elegant, first class contemporary comfort,” and is “one of the finest hotels near Westminster,” according to the hotel’s website.

Luke Bunting, a spokesperson for Marchant, said the lawmaker has regularly participated in congressional delegation travel (CODEL). A CODEL is considered official travel, which is paid for or authorized by the House. Members and staff travel abroad in these CODELs.

“That figure reflects four separate transactions that occurred over a period of two years, with only one taking place during this Congress,” Bunting said in an email.

Two of the four expenditures at the hotel were described as “lodging” and the remaining two as “travel expense.”

“The Congressman has regularly participated in codel working trips abroad alongside fellow Members of Congress, with strict adherence to all FEC and ethics rules,” Bunting added. “This includes the House ethics rule that campaign funds may be used to ‘pay official or officially-related travel expenses’, and the FEC rule that funds may be used to ‘defray the ordinary and necessary expenses incurred in connection with an individual’s duties as of a federal officeholder.’ As is our practice, we will take another look at these expenses and provide any necessary updates.”

Harris calls out Trump on lack of transparency over taxes, health

When asked why, if Marchant was on a CODEL, shouldn’t all the expenses be paid out of committee funds, as well as what specific expenses Marchant was defraying, Bunting did not respond.

Tom Rust, a spokesperson for the House Ethics Committee, had no comment.

When it comes to travel expenses, the FEC says: “Campaign funds may be used to pay the costs of travel to an activity that is related to the campaign or to the candidate’s duties as a federal officeholder.”

Daniel Weiner, a former Federal Election Commission attorney who is the deputy director of election reform at the Brennan Center for Justice, said it really depends on what the details of the specific expenditures were and there is a lot of deference afforded to candidates and officeholders when it comes to travel.

“If it’s just a question of he was on official travel and he wanted to stay at a nicer hotel and so he used his campaign funds, you might 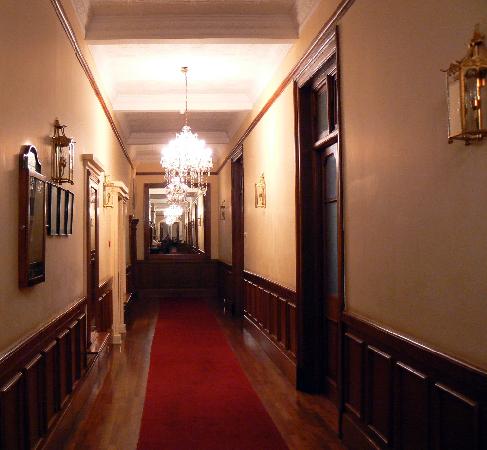 It’s no secret that hotels want promotions and marketing in order to get their brand out to the market and achieve new clientele. If all the four star hotels in town play the same recreation, they are going to share the excessive payers. Select homes in extraordinary areas with entry to the companies and amenities found in our hotels. You’re truly doing all of your staff an enormous favor by providing your visitors a protected too.

One of many space’s newer hotels, this establishment provides its friends free WiFi, an indoor heated pool, health middle, updated enterprise heart, and a compliment breakfast that features, biscuits, gravy, eggs, waffles, and more. A true luxury expertise, with no loud pool celebration within the background (as at lots of the Miami “luxury” hotels).

Luxurious Hotels in London charge wherever from 240 to 525 pound sterling per day. A seashore vacation or vacation is quite thrilling to me. Have you ever acquired any concept of the right way to get pleasure from and have a correct beach trip? There’s a dedicated MediaCityUK tram cease positioned actually seconds away from the hotel entrance and there are an ever-growing array of interesting bars and eating places popping up on this neighbourhood on a regular basis.

Positioned in a prime location of downtown Bangkok with direct entry to the Siam Paragon Purchasing Mall, the Siam Kempinski Hotel Bangkok is a perfect destination for both enterprise and leisure travellers to indulge in its distinctive resort-like environment in the heart of town’s premier purchasing and leisure district.

Hotels that provide â€˜no frills’ like Yotel, EASY Hotel and Hotel eighty one are arising in all places. The property in the city of Sanya will embrace 1300 hotel rooms, 18 bars and eating places, waterpark and a marine life. Amsterdam hotels welcome their friends with a friendly Goedemorgen whilst you discover the land of canals.

Property gives the last word in class and class, with highly personalised service and hospitality. Lock in our lowest charges with up to 5% off, take pleasure in free Wi-Fi and earn StarpointsÂ® in your next hotel keep at over 1,300 hotels and resorts worldwide.…